New in Symfony 4.4: Improved Dump() Calls in the Console

Symfony 4.4 was released last week, but we'll continue publishing this "New in Symfony 4.4" blog series to mention some of its most notable new features.

In addition to new components and big features, new Symfony versions usually add "quality of life" features. These are little features that make you more productive and improve your developer experience in general.

The dump() and dd() helpers provided by the VarDumper component are a lightweight alternative when you don't need full-featured debuggers like Xdebug. However, these helpers behave differently in the browser and the command console. 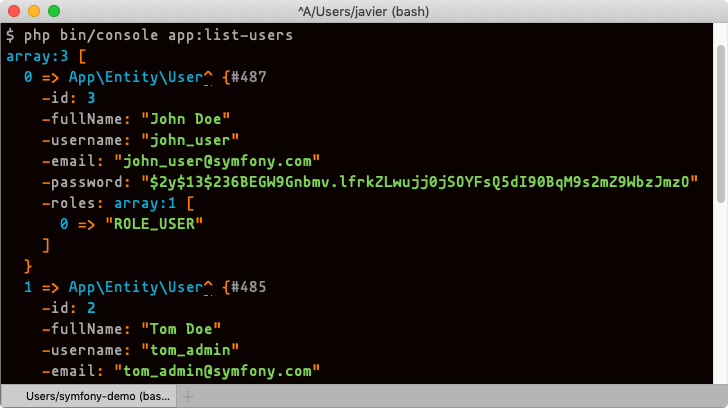 Starting from Symfony 4.4, you'll see a ^ character next to the dumped contents. Click on it to go directly to the file and line where the dump was generated: 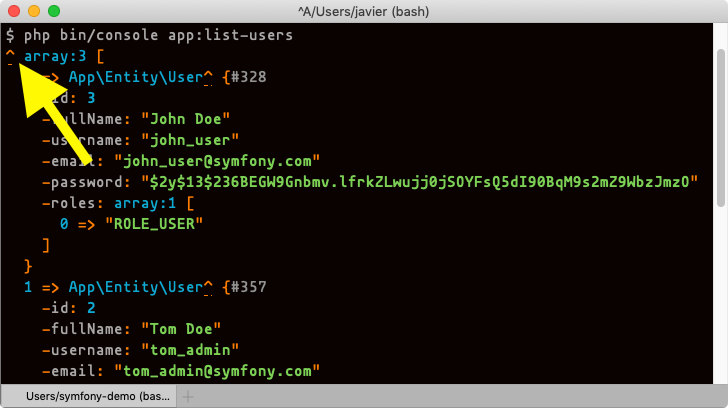